The messiest Christmas tradition in the world is possibly food-tossing in Slovakia and Ukraine. As the Christmas Eve dinner begins, the head of the family starts the food fight by tossing loksa onto the ceiling. Loksa is a traditional dish made from bread, poppy seed and water; and can get quite lardy and messy. And that’s not just it: it is believed that the more loksa you toss onto the ceiling, the more crops the family will harvest in the coming year. So if you’re ever in this part of the world, be sure to join in a local family’s celebration to witness the world’s messiest Christmas tradition. 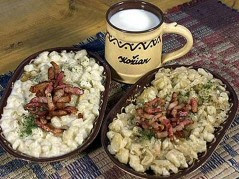 The spider-web-covered "yalynka" (Christmas tree) is now a standard Ukrainian Christmas story. It comes in many versions, and has appeared in a number of contemporary children's books.

There once was a widow, who lived in a small hut. One day a pinecone dropped on the floor and it took root. Her children were excited that they would have a tree for Christmas. All summer long they made plans on how they would decorate the tree. They were very poor, so poor that they did not have anything to decorate the tree with. The widow went to bed on Christmas Eve knowing that the tree would not be decorated. Early on Christmas morning, the woman was awakened by her children. "Mother, mother wake up and see the tree it is beautiful!" The mother arose and saw that during the night a spider had spun a web around the tree. The youngest child opened the window to the first light of Christmas Day. As the shafts of the sun crept along the floor, it touched one of the threads of the spider web and instantly the web was changed into gold and silver. And from that day forward the widow never wanted for anything.


The various embellishments of the story depend upon the teller and the tale. Another version has the Holy Family hiding in a cave during their flight to Egypt. The benevolent spiders spin webs and cover the whole entrance to the cave. When Herod's soldiers pass by, they do not bother searching the cave, because obviously it has not been disturbed in a long time - and the Holy Family is safe. 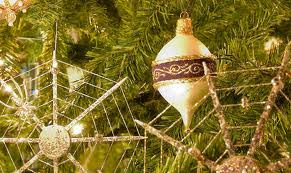 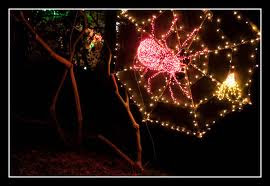